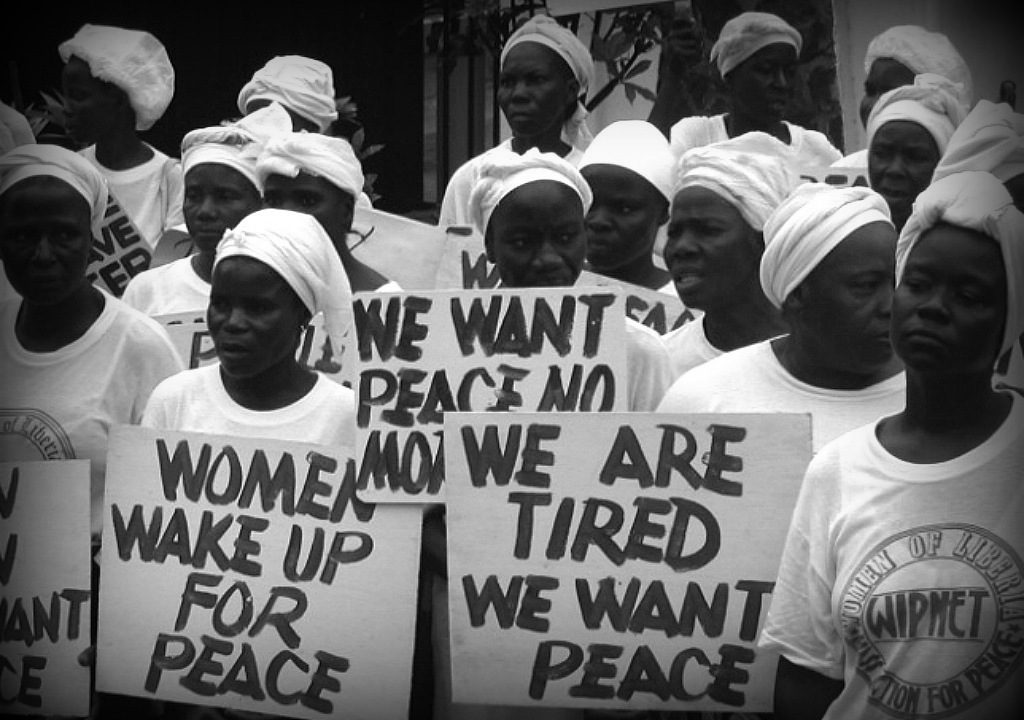 To say that this is the first year the program is being piloted outside of our school in Jerusalem is not exactly true. In actual fact, Peace Heroes began its venture into the wide world a little over a year ago, when Mel and Joccoa decided to add it to their homeschooling program, as an experiment. Mel is a trained teacher from Australia who now lives in Kenya; Joccoa is Mel’s daughter and has just begun her adventures in sixth grade. Peace Heroes was only supposed to be a short-lived addition to Joccoa’s homeschool program in fifth grade, but Mel soon realized that she would have to find a way to teach it for the duration of the year when Joccoa decided it was one of her favorite subjects. By the time Joccoa finishes sixth grade, she will have covered an extensive number of heroes!

What makes Mel and Joccoa’s experience with Peace Heroes so unique is the incredibly creative way they have chosen to engage with it, always adapting the activities to their classroom-of-one. I had the great privilege of visiting them about six months after they began Peace Heroes, and was blown away by the artwork that had come out of their studies. This is because, in addition to being a teacher, Mel is also an exceptional artist – a talent that Joccoa seems to have inherited from her mother. Together, Mel and Joccoa created a Peace Wall inside their workroom, a place where Joccoa could showcase the many paintings, projects, and poems she had made while studying the various peace heroes. To say that I was inspired is an understatement! And while I would love to describe every single work of art, I will focus on one activity in particular that stood out to me, not only because of how creative it was, but also because of the way it can be used by anyone who is teaching the program. Quite simply, it’s the re-imagining of a country’s flag in light of the peace hero’s story.

The flag Joccoa re-imagined was the Liberian flag:

The story behind Joccoa’s re-imagined flag is that of the Liberian civil wars, which decimated the country for a decade and a half, between 1989-1996 and 1999-2003. It was Leymah Gbowee and her group of women that stepped into that bleak reality and more or less brought down the country’s last dictator, Charles Taylor, in 2003. A snippet from our content describes how

Gbowee understood that if it was the women who bore the greatest burden of the Liberian conflict, then it was the women who would have to find a way to bring the war to an end. Partnering with the Women in Peacebuilding Network (WIPNET), which operates in a variety of countries across Africa, Gbowee started a women’s peace group in Liberia called the Liberian Women’s Initiative. She did this after she had a dream one night where God told her to gather the women of Liberia together and pray for peace. Gbowee’s initiative was unique in that it included women of all backgrounds, ethnicities, and faiths: Rich and poor, Christian and Muslim, from this tribe or that – it did not matter. What mattered to these women was their shared desire to bring about an end to the war. This vision enabled them to put aside their differences and work together for a much greater good – one that would ensure a better future for their families, and especially their children. They were united together through the primordial bond and shared experience of being women and mothers.

Joccoa’s flag is both heartbreaking and hopeful: 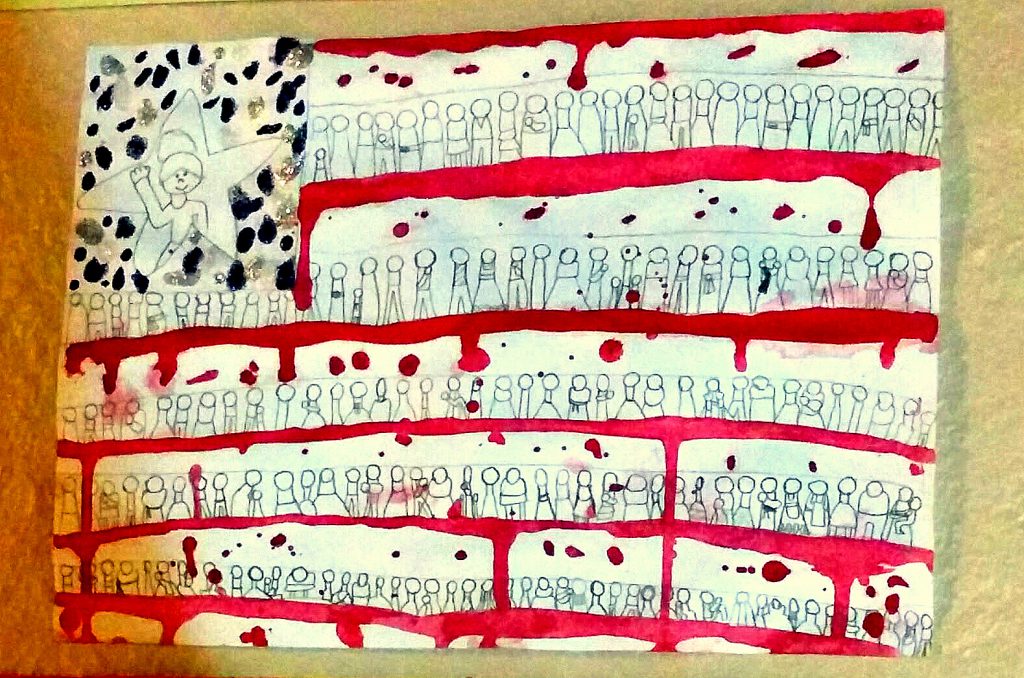 The red stripes are turned into drops of blood, signifying all the blood that was spilled during the two civil wars; the blue square is made of teardrops, signifying the tears that were shed by so many people; the white stripes are filled with women of every kind (dressed in white, the color of peace) – a force to be reckoned with, and a force that eventually toppled the government and ended the civil war; and finally, the star inside the blue square depicts Leymah Gbowee, honoring her as the leader of this remarkable group of women.

To re-imagine a country’s flag is an incredibly poignant exercise – it brings the story behind the history to life in a visual and visceral way. I am sure Joccoa will remember the story of Leymah Gbowee and the women of Liberia long after she has graduated from sixth grade. But it is the women’s courage and commitment to a right cause that I hope leaves its indelible mark, when the story has faded from memory.